React To: Working in partnership to provide accessible training resources

The ‘React To’ Story

Back in 2014 when the pressure ulcer agenda was gathering momentum across the Midlands, it soon became apparent that despite caring for some of the most vulnerable people, care home staff were often unable to access credible pressure ulcer prevention training, although staff were committed to do their best for their residents.

As a result, Nottinghamshire Healthcare NHS Foundation Trust’s Tissue Viability team came up with the idea of developing a bespoke training resource for care homes.  This would be circulated to all care homes locally to ensure accurate training was available for all, and ‘React to Red’ was born.

As a team we could never have envisaged the tremendous success this resource would achieve. The team have received widespread credit for the resource, which allows all care home staff to receive training within their setting, in a timely manner. It has been subsequently rolled out across other care providers, as the learning is transferrable across different care settings.

A follow up resource focusing on incontinence associated dermatitis (React to Moisture), which is often commonly linked to pressure ulcer damage, was developed in 2017 and funded through the East Midlands Patient Safety Collaborative. From this the idea to develop other resources in the ‘React to’ series grew with new resources being added primarily aimed at care staff.

Working in partnership with: 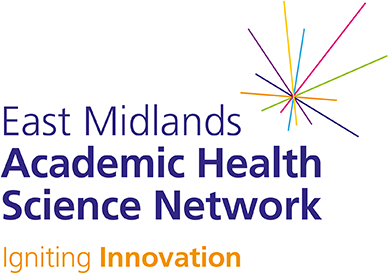